Regular pruning will help direct growth of your shrub, adequate airflow among branches, and bring enough light to the plant. Plus, you will promote health and abundant blooming by removing parts of your bush affected by pests and diseases.

The system of pruning is quite simple, and you can do it by yourself. The only things you need are proper pruning tools such as hand shears for cutting 0.25 inches (0.6 cm) thick branches and lopping shears for thicker and higher branches. You should also provide pruning saws for older branches and pole pruners for branches thick more than 1 inch (2.5 cm).

Why Prune Your Shrub 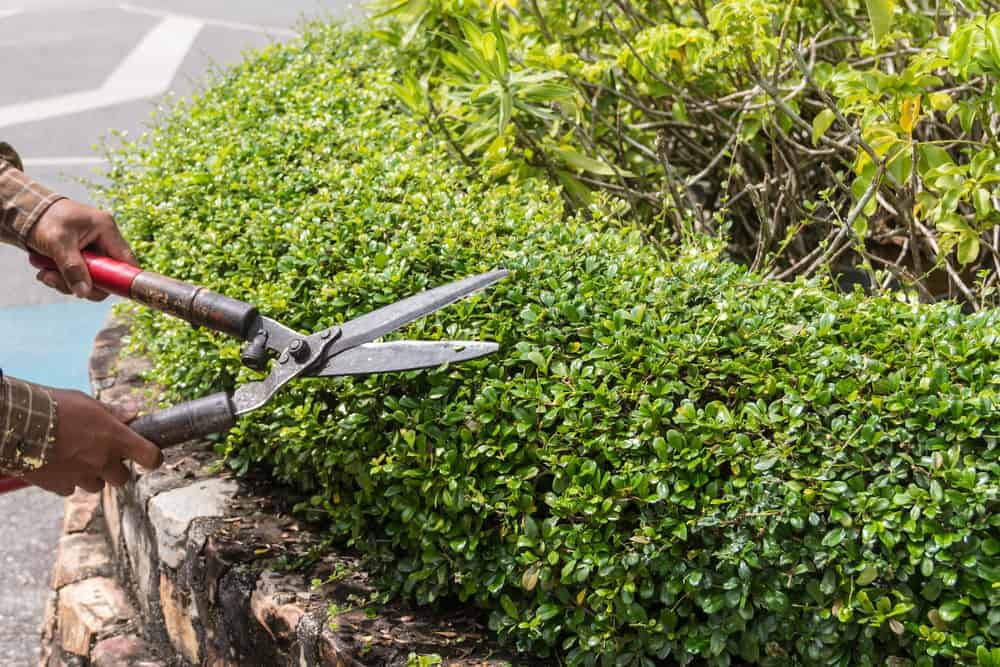 If you well-maintain your shrub, it will be healthy and beautiful. There are a few essential reasons why you should learn how to prune bushes in your garden:

When to Prune Your Shrub 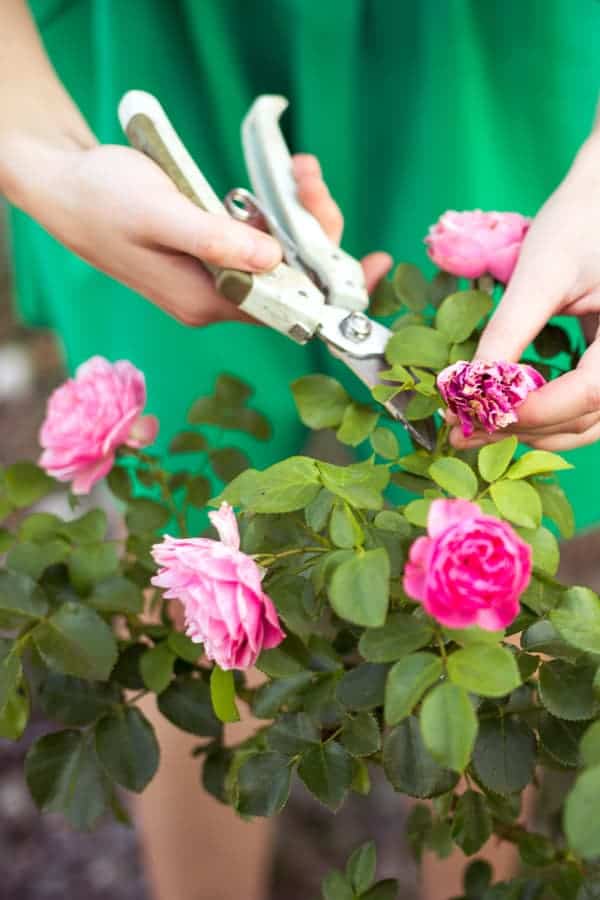 In general, the right moment for pruning will depend on the type of shrub you grow in the garden. For most of the bushes, there are two appropriate periods when cutting will be beneficial for the plant and won’t damage it:

There is one more rule. If your bush is early-spring-blooming variety, you should prune it right after the period of blooming. On the other hand, you should cut plants flowering in summer in early spring.

Keep in mind that missing the proper period for pruning your flowering bush means that it won’t flourish at the current season. Don’t worry, it won’t hurt your shrub, and it will continue blooming regularly the following year.

If you prefer growing non-flowering shrub, you can cut it after forming the new growth.

The Method to Prune Your Shrub 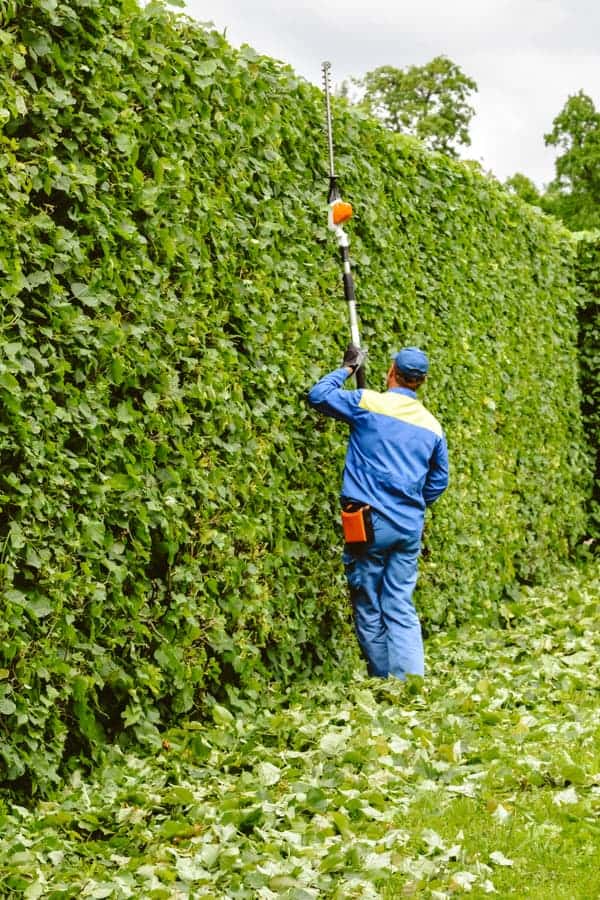 Gardeners often use a method of ‘stakes and strings’ to finish pruning professionally. Setting them will make the process of cutting branches more comfortable. However, you can also use the line of your house or other stable objects as a guide for making straight lines.

If you organize your bushes as a tall hedge, you need to trim their top with a hedge trimmer with extended reach. Firstly, you should start by pruning the thickest branches to the base of the shrub to promote new growth.

Then keep cutting smaller stalks above the so-called ‘branch collar.’ It is actually a bumpy tissue formed at the part where branches grow from the main trunk.

Take care to cut branches at a 45-degree angle to prevent diseases, especially the growth of fungi. 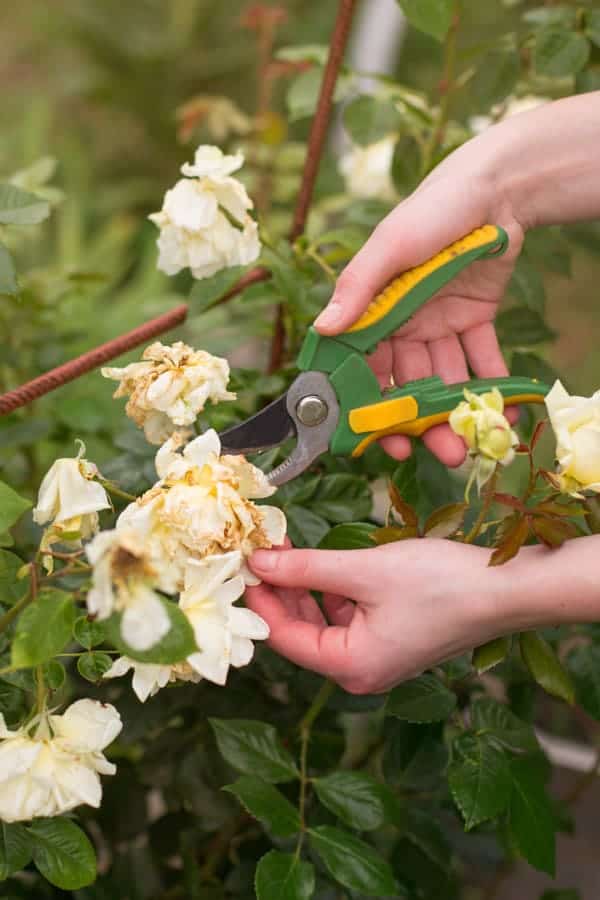 It is quite tricky pruning a flowering shrub. If you do it in the wrong period of the year or cut branches too much, your bush won’t bloom that season.

Finish the job after flowering if your shrub blooms in spring or summer. Otherwise, prune it at the beginning of the spring if you expect your plant flourishes in late summer or autumn. That way, your bush will thrive and grow fuller.

Use hand pruners to make a clear cut above a healthy bud on all un-branched stems. It is heading, the way of pruning which encourages the development of lower side branches. Since the new branches will grow in the bud’s direction, you will actually enhance the natural form of the whole plant. 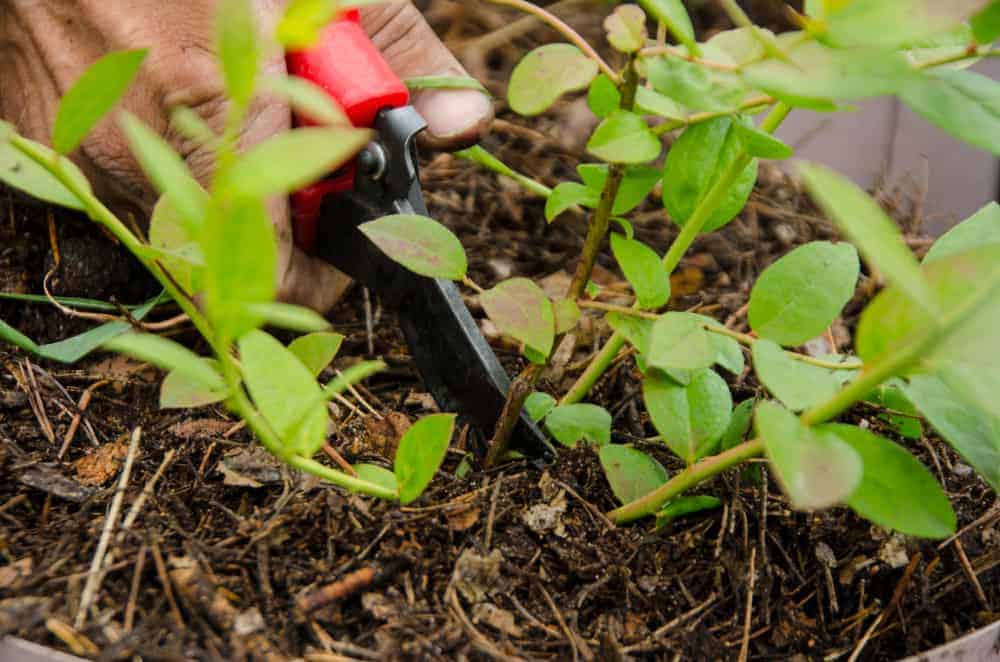 The young shrub will have a lot of benefits of timely pruning. It will help you to establish a desirable shape of the plant and get rid of weak and damaged branches, as well as to encourage balanced and vigorous growth of your bush. 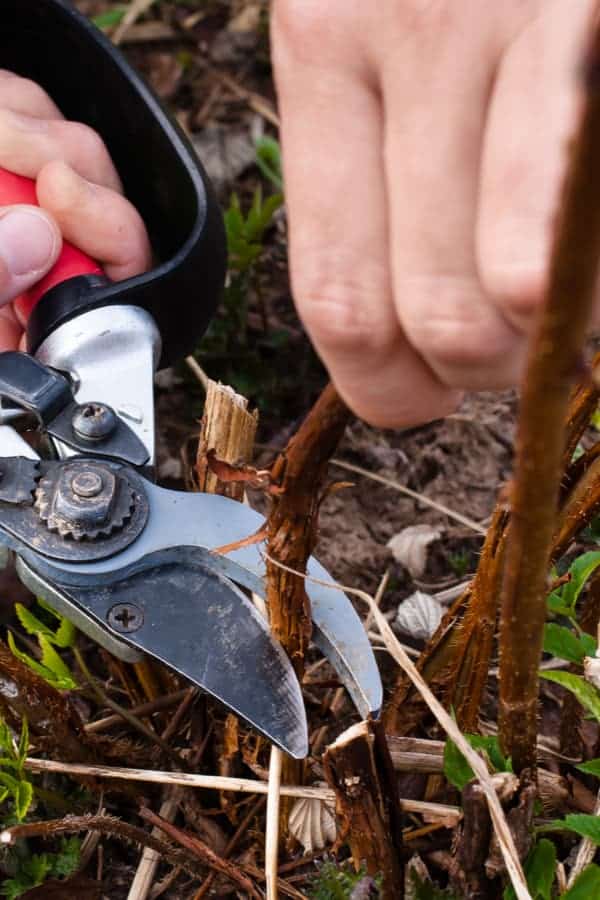 Some old shrubs may grow uncontrollably, so you get a bush with a bunch of old or even dead branches in the center of the plant.

The best thing you can do is to rejuvenate it by pruning during the dormant season. Be prepared that the process of renovation pruning takes at least three years.

Start with cutting all crossing, damaged, and dead parts. When finishing, halve the length of the remaining branches.

Don’t forget that some shrubs, especially neglected ones, require trimming almost to the ground surface. That is the only way to rejuvenate them successfully. Cut all stems to 1 inch (2.5 cm) of the ground during the winter dormancy. If the plant has healthy roots, you will see new shoots from its base very soon.

Renovating shrubs with too many stems 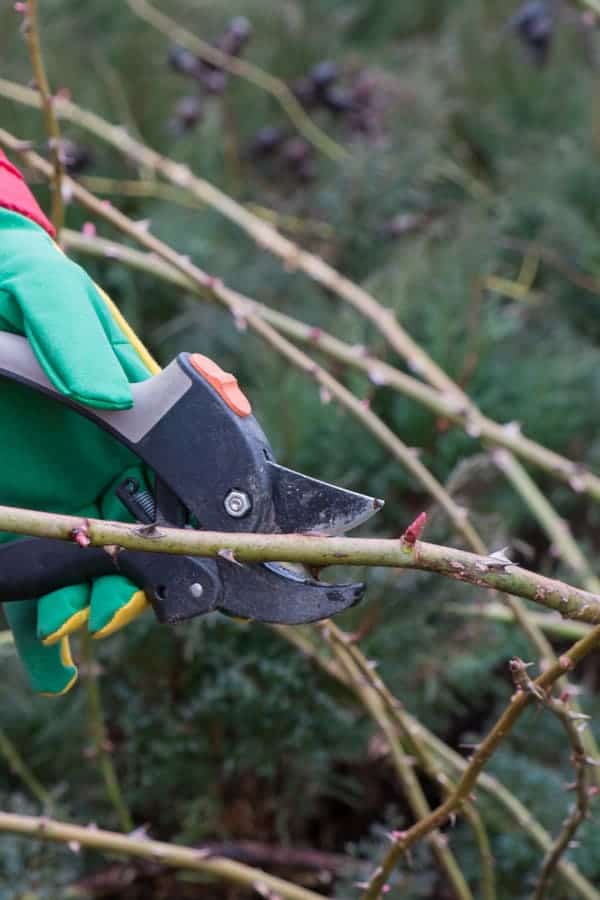 Some shrubs, especially roses, produce too many stems from the base. If you miss pruning them on time, you can expect to get a congested plant eventually. The only solution is to renovate it for over three years:

Pruning shrub in a pot 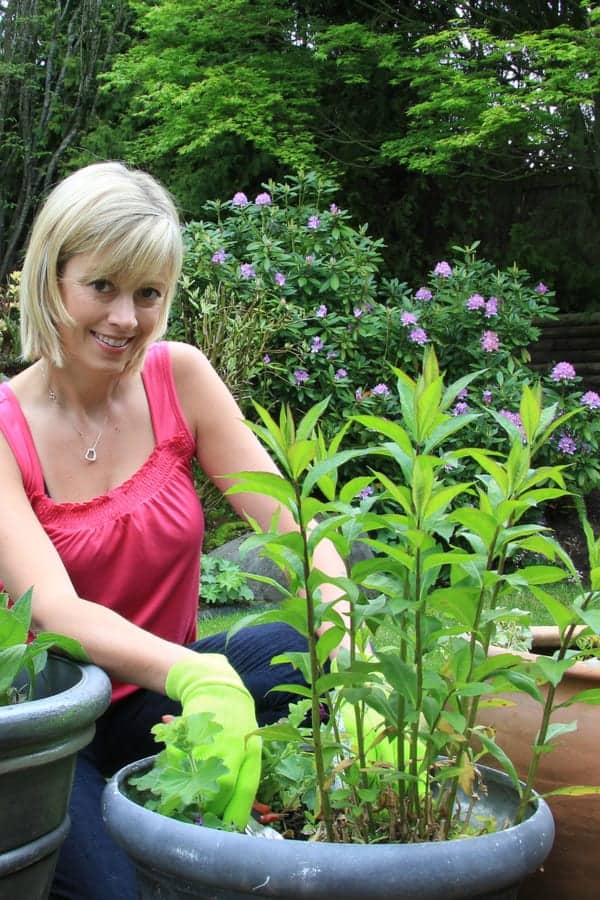 Almost all shrubs growing in a pot need regular pruning. Start with repotting your plant once it reaches maturity, and keep doing that annually.

When you notice that the shrub is pot-bound, you need to prune one-third of its thick, non-fibrous roots. After replanting the plant, add some mature compost in the container. Then, you should cut one-third of the top growth to balance the loss of the roots. 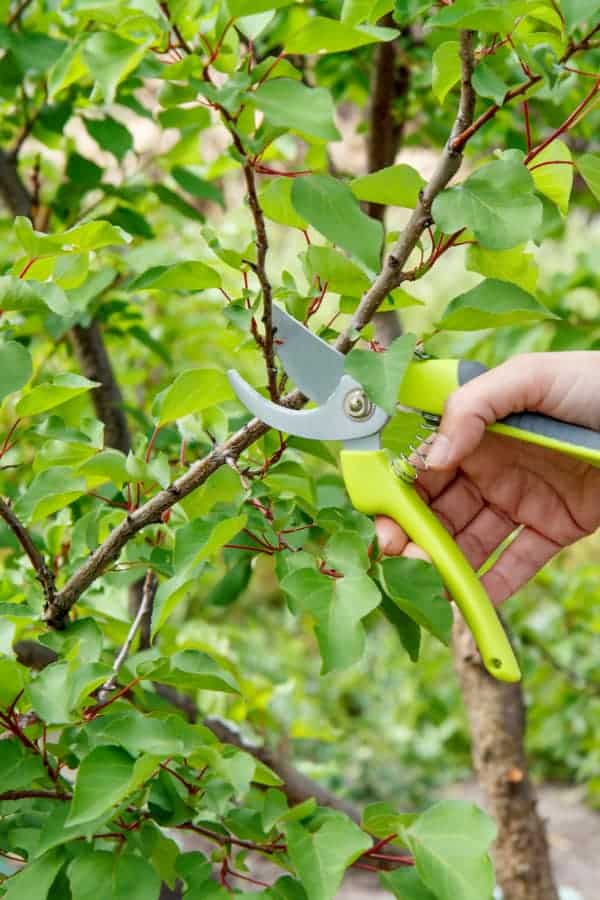 When growing a bush in the garden, you should have the practice to prune it lightly from time to time. Lightly pruning is not a routine job. It is suitable for free-standing deciduous and evergreen shrubs, which don’t need suppressing.

Some deciduous shrubs ‘bleed’ if you prune them while the temperatures are still low. Therefore, cutting them in late summer may help your plants overcome trauma due to cutting and reduce the risk of dieback.

Just check your shrub from time to time and remove crossing, congested, or damaged branches. This activity is also necessary when you spot some pests or diseases jeopardize your plant.

Don’t forget to feed your bush and add some mulch after pruning. That way, you will help it keep growing healthy and lush.

How to Prune Deciduous Shrubs 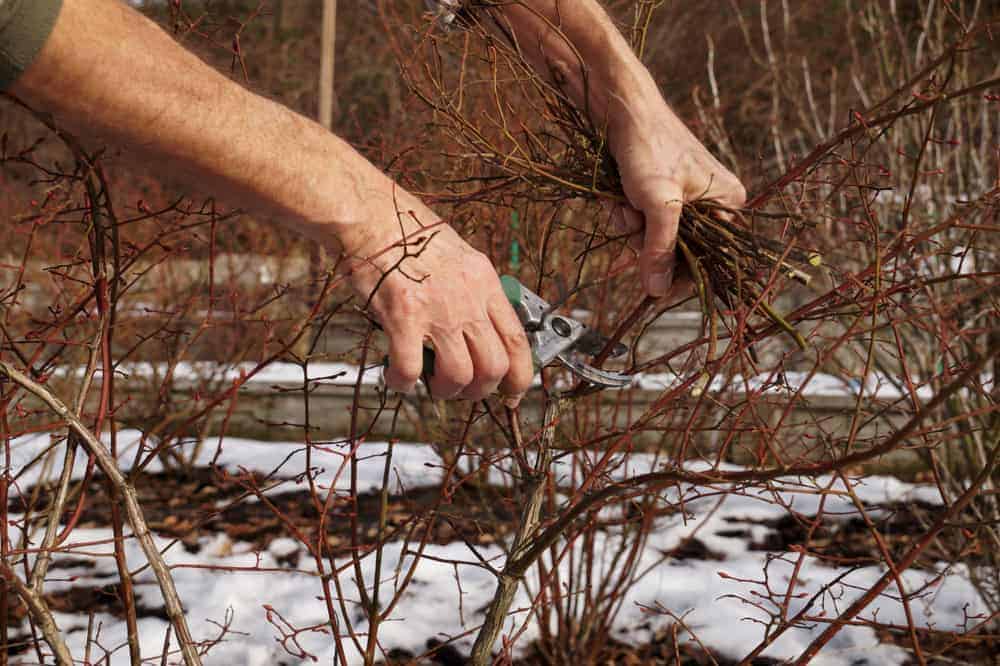 You should prune these flowering shrubs every year in spring. That will improve their health and encourage better flourishing that year. Start with cutting the previous year’s flowering stems as soon as winter passes. 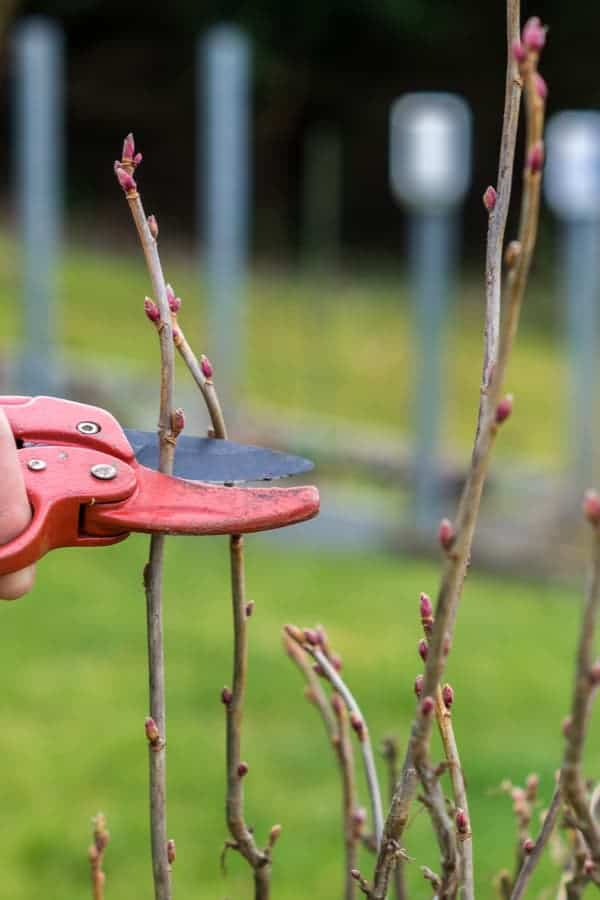 Begin pruning after the period of blooming. Depending on the type of bush, you should do that somewhere between late winter and early summer. 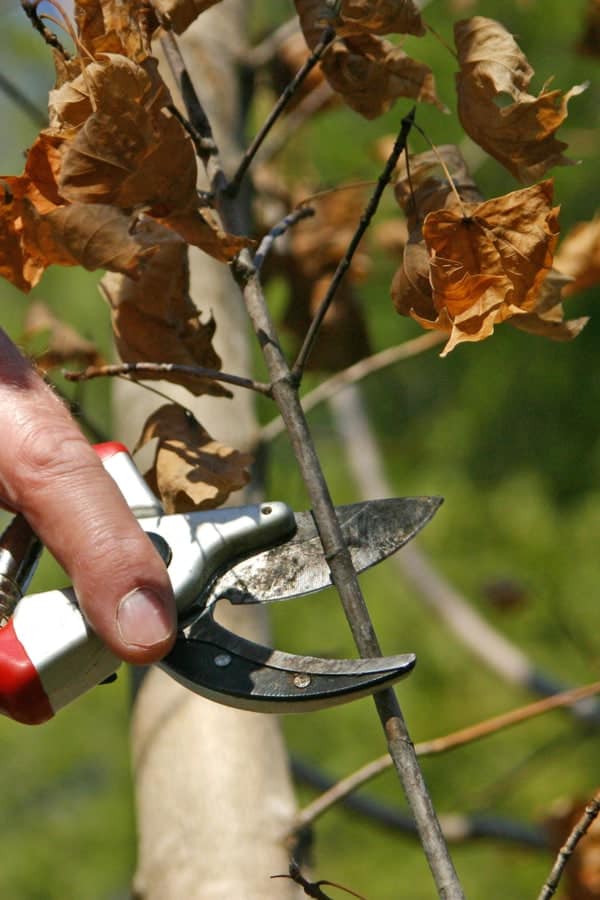 It seems practical pruning your shrub in autumn after full growth in summer because you can see what to cut after the foliage falls. However, be careful because cutting stems in this part of the year may harm your plant if not done well. 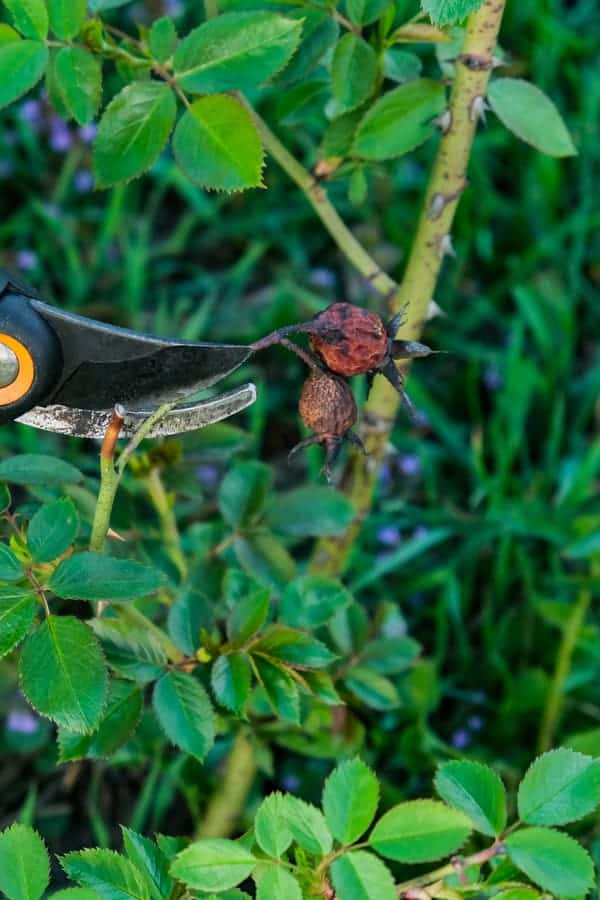 Cut out damaged, dry, weak, and dead branches to allow the growth of vigorous new shoots, which will flourish the next season. The way how you get the job done depends on the type of bush you grow.

Start pruning immediately after your plant finishes flourishing. Cut out up to 20% of old stems to the base. Then prune young, flourished stems to the young shoots.

Try to remove flowered shoots right away after flowering. Do it all the way to the strong side shoots. Plus, it is recommended to cut one in three old stems to the level of the ground every year.

Cut out all the branches to near the base immediately after flowering.

How to Prune Evergreen Shrubs 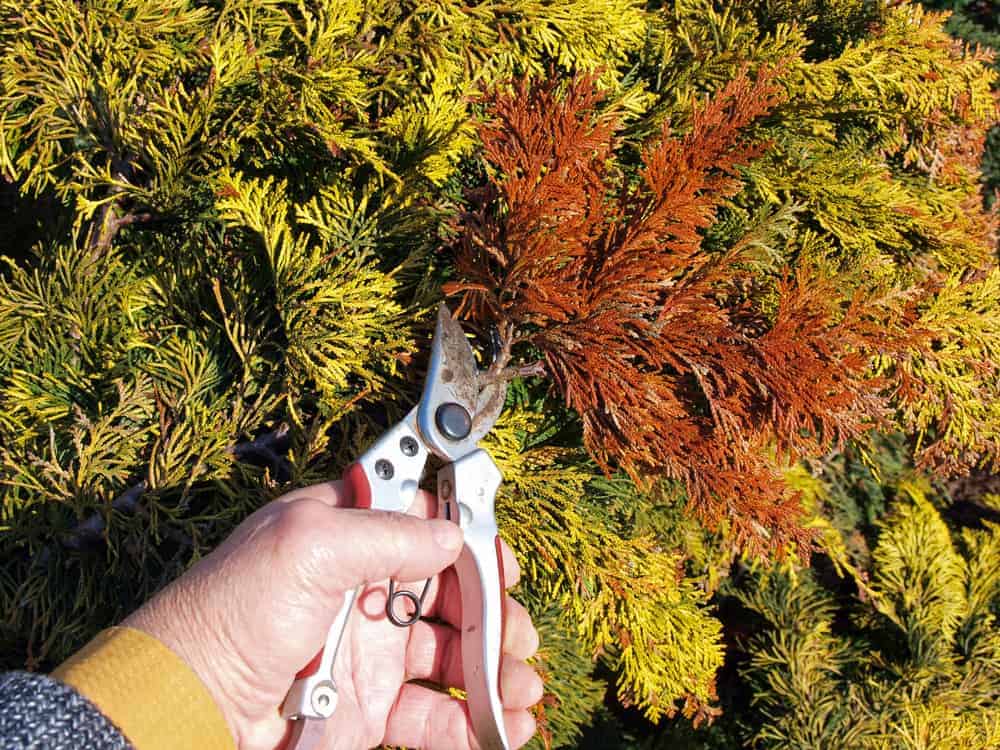 You can expect them neither lose the foliage in winter nor have the possibility to store food reserves for winter in their roots. Every attempt of cutting them in fall and winter may cause severe damage.

When you need to reduce or renovate your plant, you should do it in late winter just before new shoots begin their growth. Cut old blooms to healthy outward-facing buds as well as all damaged, old, weak, or diseased branches. 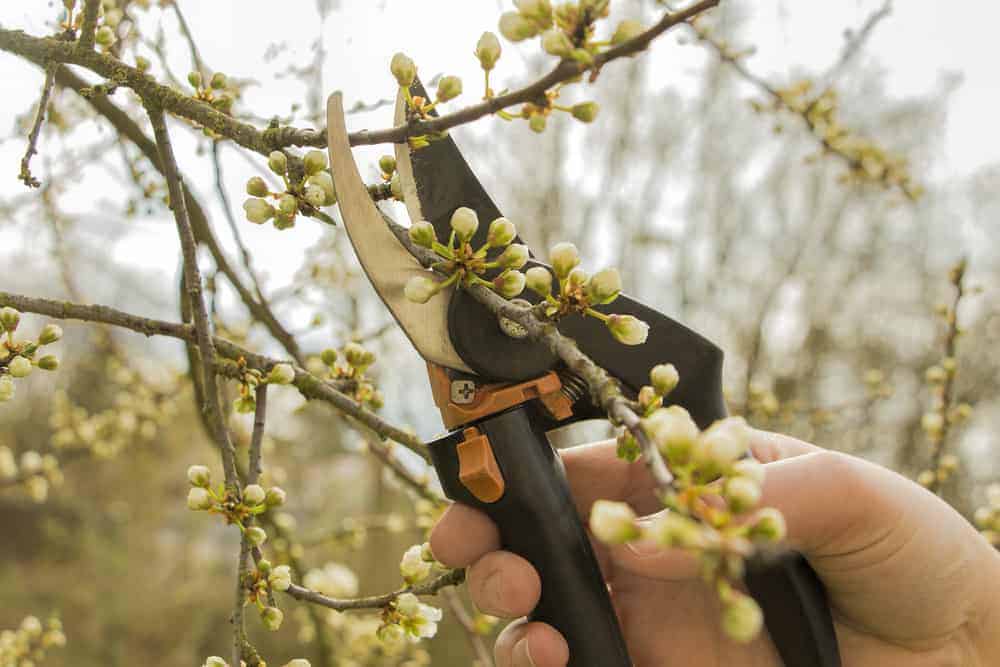 Most of them need to be pruned after the last frost in mid-spring, just before growth starts. If your shrub flowering in mid-spring, wait with pruning until it finishes blooming. 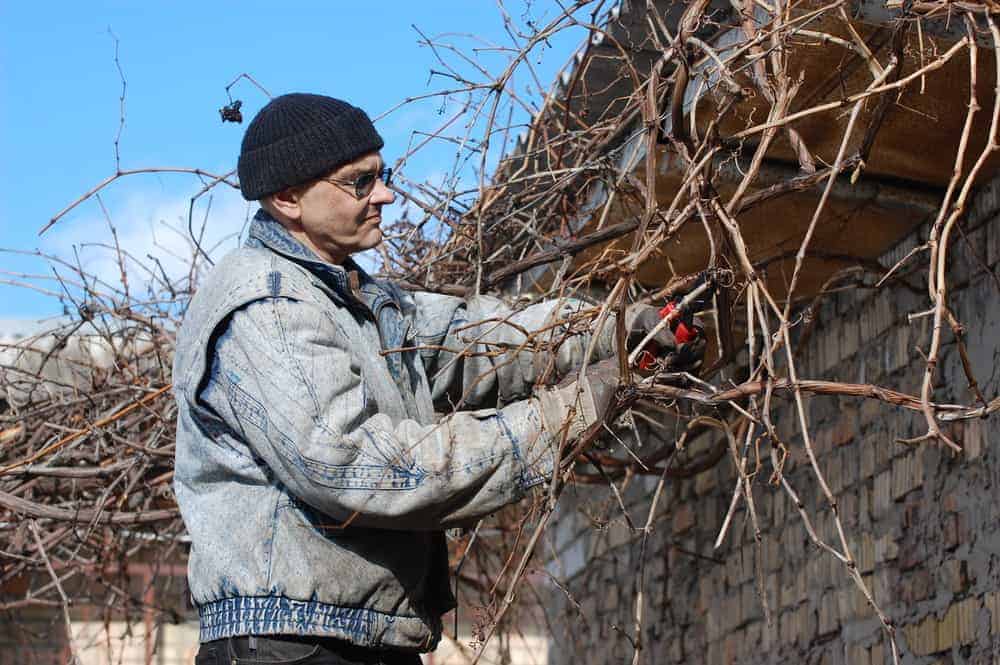 Remove up to one-third of older wood stems and thin out crowded shoots. How to do the job will depend on the type of your bush.

It is better leaving early summer-flowering evergreens un-pruned. When deciding to do that, start pruning right away after flowering. Remove just deadheading and unsightly shoots by lightly cutting back.

There are just a few exceptions which require a harder pruning to maintain their unique, attractive shape and increase blooming.

These shrubs flourish in summer and late fall. They need little cutting in mid to late spring. It will be enough to remove unsightly shoots lightly. The only exceptions are plants used for topiary or hedges, which require regular and heavier pruning.