Lavender is one of my top aromatic plants to use in my gardens, so there is an abundance of it around every year. After years of procrastinating, I’ve finally set out to make my lavender oil. At the outset, I didn’t think it would be that hard, and luckily it seemed to be a fairly easy process.

Having some lavender oil around during the winter seemed like a great idea. Every time I mow, I always grab a few sprigs of lavender and crush / rub them in my hands and take a huge waft of the scent. Besides just the aromatic properties, lavender oil has been used for centuries as a moisturizer. I wonder if this will cut down on Cara’s massive lotion allowance, probably not.

Side note: These techniques will make lavender oil and not the lavender essential oil. It’s important that is clear to you.

How to Make Lavender Oil? 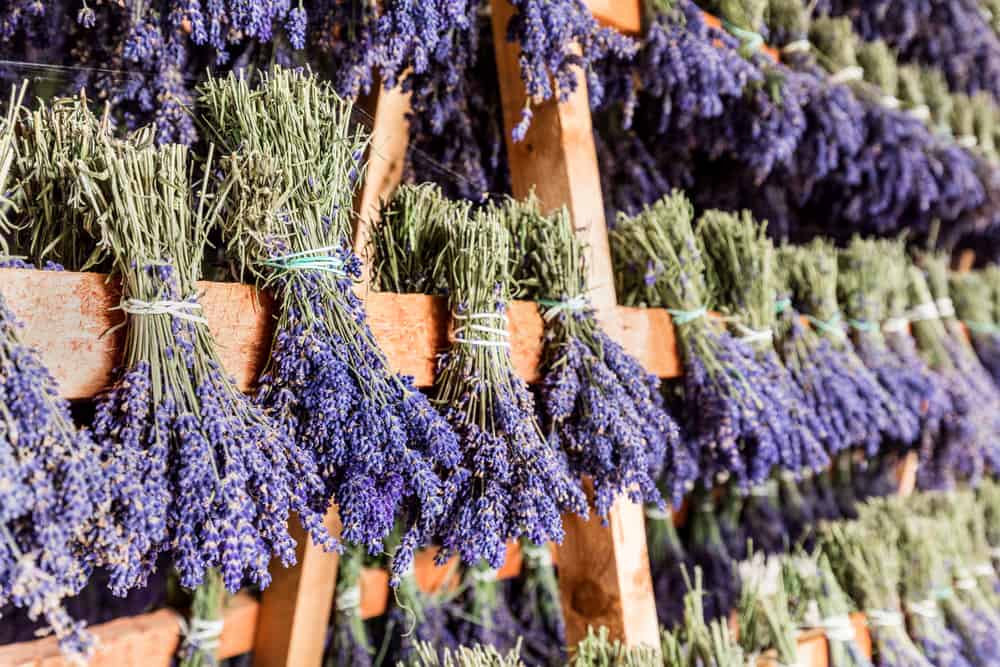 Luckily, drying lavender is a very straightforward and easy process.

That’s all it takes to dry out your lavender, and now we can begin to infuse our oil with the lavender.

It was a surprise to me to learn that the purple flowers don’t hold all the scent of the lavender. In fact, if you like, you can separate the flowers from the stems by using a tube of rolled-up newspaper and roll them on a table (back and forth). The purple flowers can be used on their own for eye masks or drawer sachet. 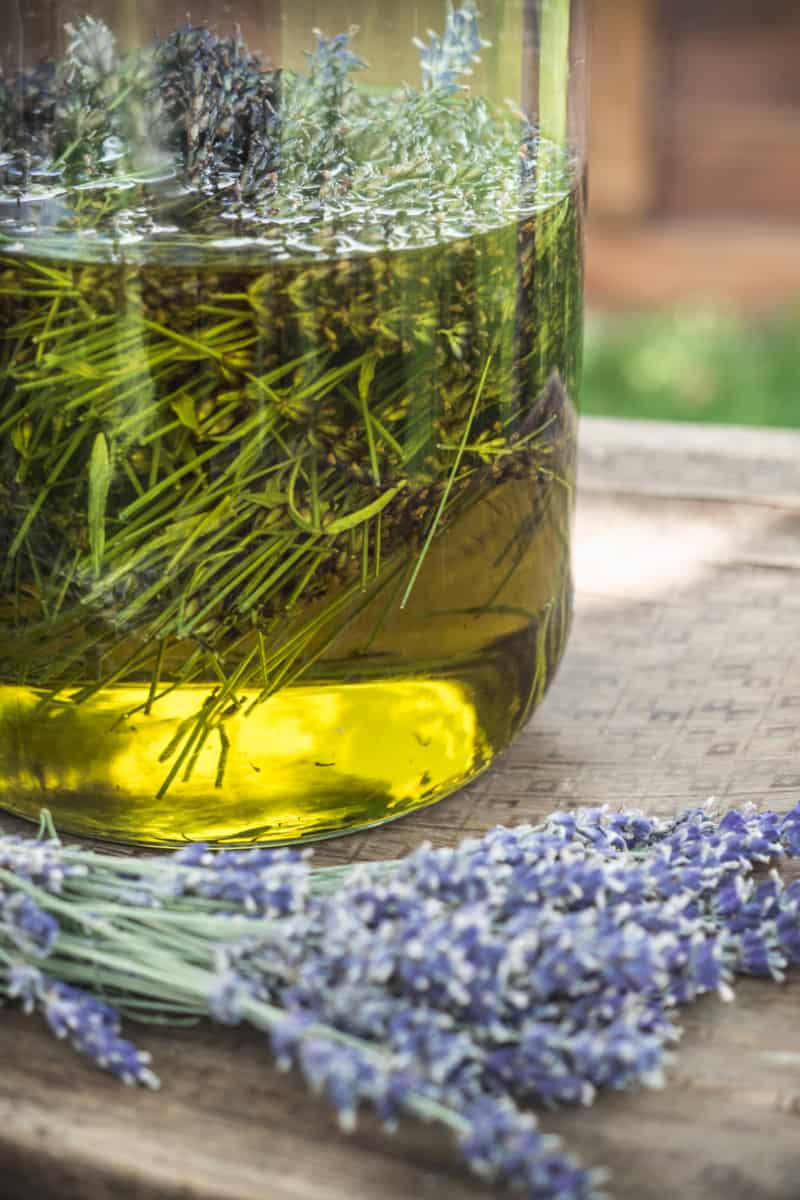 You will need some supplies:

Clean out your jar and completely dry it, then place your dried lavender into the jar. Pour your oil over the lavender until it is covered completely.

Place your jar in a window sill that will see a good amount of sun; it will sit there for the next 3-6 weeks. The sun over the next month or so is what will release the parts of the lavender plant that will infuse the oil. Once you’ve decided the oil has sat there long enough, pour it through your cheesecloth into your last bottle.

Certain instructions I found called for lightly crushing the lavender with flowers still intact and then putting them into your first jar. I also discovered instructions that suggested shaking the jar on a daily basis. The slight crushing makes sense, but the daily shaking of your lavender oil seems like an unnecessary step that I did not follow.

Just like the other technique, you start out with dried lavender cuttings, but this time you fill your crock pot with 1 half cup of lavender to 1 whole cup of oil. Set your crock-pot on low and let it steep for the next three hours. Let the oil cool and strain it through cheesecloth.

This technique sure seems a lot quicker, but I think I like the old school method I mentioned first. I would probably go with the crock-pot method for lavender oil if I were trying to make a large batch of it all at once.

What Oil to Use for Lavender Oil 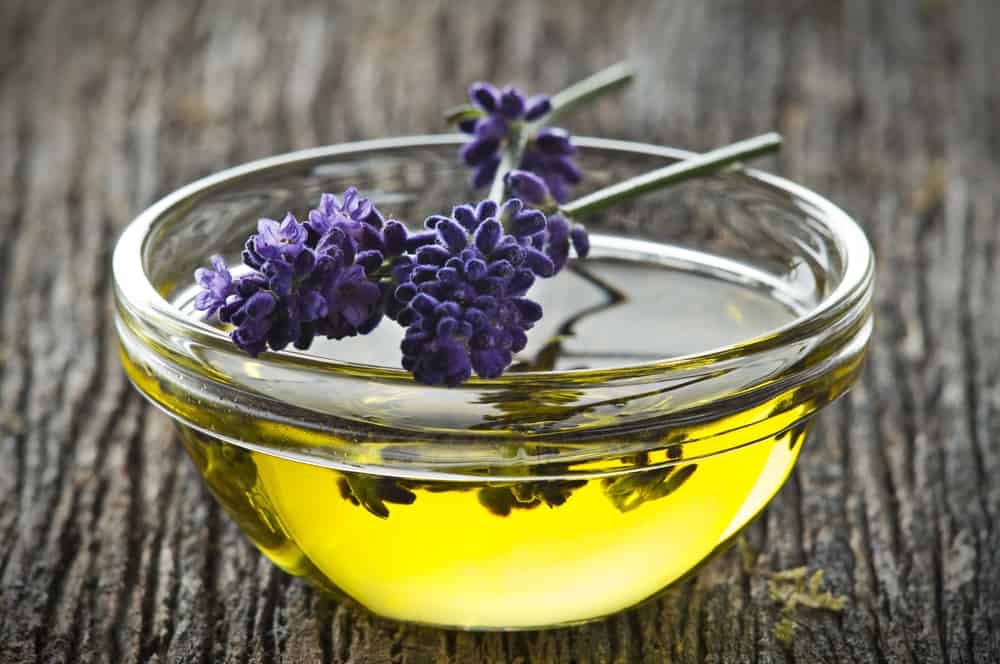 I stuck with olive oil since we always seem to have an abundance of it, but there were some other suggestions that I found through my research.

As long as you stick with natural oil that doesn’t have an overpowering scent of its own, you will probably be safe. I even saw a recommendation for witch hazel oil. The main benefit was that if you were going to use the lavender oil as a lotion, the witch hazel oil would act as a natural skin toner.

How do You Store Home-Made Lavender Oil?

Simple answer, anywhere you want. Pick out a bottle that you like and store away; lavender oil should last you a lifetime in any bottle. Stopping by a second-hand store or antique store to find a vintage perfume bottle would be very classy, but I’m probably just going to keep mine in a Ball mason jar.

Can I use 90%alcohol instead of vodka? I don't have vodka lol, thank you.

What is the difference between lavendar oil and lavendar essential oil. I can find no info online on the topic. Also, what can you use this for? Thanks in advance for the info.

No answers have been provided, so I will share a bit of wisdom. Lavender oil is an anti-inflammatory, relaxer, and heals skin issues. You can use the flowers, flexible stems and leaves. (I chop them in small pieces) I fill my jar 3/4 of the way with chopped herbs, leaving 2” space for oil. Keep a loose pack. To inhibit mold add 1 1/2 teaspoons of vodka to a pint jar. ( one tablespoon per quart) Completely cover with oil, stir and cover jar. Label and date the jar. Let sit approximately 4 weeks. Make sure it stays covered in the oil. Keep in a warn but dark place. (Oil degrades in sunlight) When ready strain through linen or cheesecloth and enjoy!

Thanks Anne as I was just about to comment too! Thanks for that I hope ppl came back and read your response. It’s completely accurate and I second what you’ve said. Sunflower or grape seed is rubbed in better into skin. I use grape seed for massage and I recommend this to use here as it will be rubbed in the skin a lot easier and better than others. I’d suggest if other oils are used then use a smaller amount to rub in as it will take more time to to rub in than grape seed. Cheers!

Is it okay if I'll use virgin coconut oil instead of grape seed oil?

I think that is better not to leave any oil in the sun. Oil danges